Since the debut of Fairy Tale Review I have been asked repeatedly whether I think fairy tales are enjoying resurgence today. This new question stands in stark contrast to the old question I was asked for many years, before I was lucky enough to bring this journal into existence. It was, “Does anyone still read fairy tales?” Then, the utterance of the phrase “fairy tale” in connection to serious literature or art was met, generally speaking, with frank and bored condescension. Yet so many scholars, writers, and artists have now written me beautiful letters, thanking Fairy Tale Review for celebrating the complex fairy-tale tradition. For a long time I’ve believed that fairy tales have never waned in importance; they’ve simply been quieted by more aggressive art forms.

I write and edit from the idea that one knows fairy tales as a form of reading bliss, through their compositional elements. I work from the premise that there is something strange to love about fairy tales, and will be in the future. 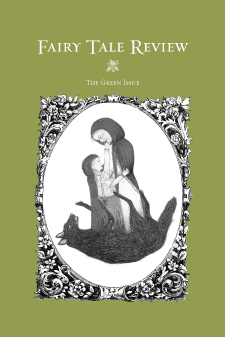