Once upon a time Fairy Tale Review lived only on in a story I told myself, and many patient friends, about a literary journal devoted to fairy tales as an art form.

My attraction to fairy tales dates back to my childhood—early Halloweens found me as Cinderella twice in a row, one year in cinders, one year in gown, and another year, as a misguided fairytale cross between Little Red Riding Hood and what I thought of as a Wicked Red Devil (I couldn’t make up my mind). When my grandparents told me German, Russian and Yiddish fairy tales, the stories enraptured, and gave me chills. I arrived again to fairy tales as a young adult when I first encountered Swiss scholar Max Luthi’s writing about fairy tales as literary examples of abstract art; those of you who know me know that I now talk about Luthi all of the time.

With Luthi—and so many other scholars with whom I soon became familiar—I was again enraptured, this time by certain aesthetic and historical elements that have become another obsession for me. Most particularly I am drawn by that strange quality that Luthi identifies as “firm form,” as sparse, flat and depthless as it is wild, weightless and bright. The writing I have selected for the debut issue of Fairy Tale Review reflects this quality in a multitude of ways. And I hope you will notice that the work in here is not beholden to any particular school of writing. Rather, each contribution uniquely dovetails with the aesthetics and motifs of fairy tales.

The inspiration for this journal emerged a long time ago. While working on my first novel based on fairy tales, The Complete Tales of Ketzia Gold, I began to notice how many other books seemed imbued with their complex influences—not always in a predictable fashion but in a secretive way I began to discern and inspect. Some of the works retold old and familiar narratives, while others seemed to embroider the formal elements more abstractly. It is this latter sort of writing that I have not seen foregrounded elsewhere. Nonetheless, Fairy Tale Review seeks to celebrate both of these gestures. 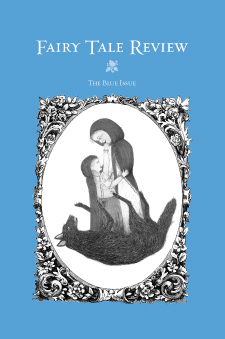